The State of Computer Science Education: Progress, But More Work To Do 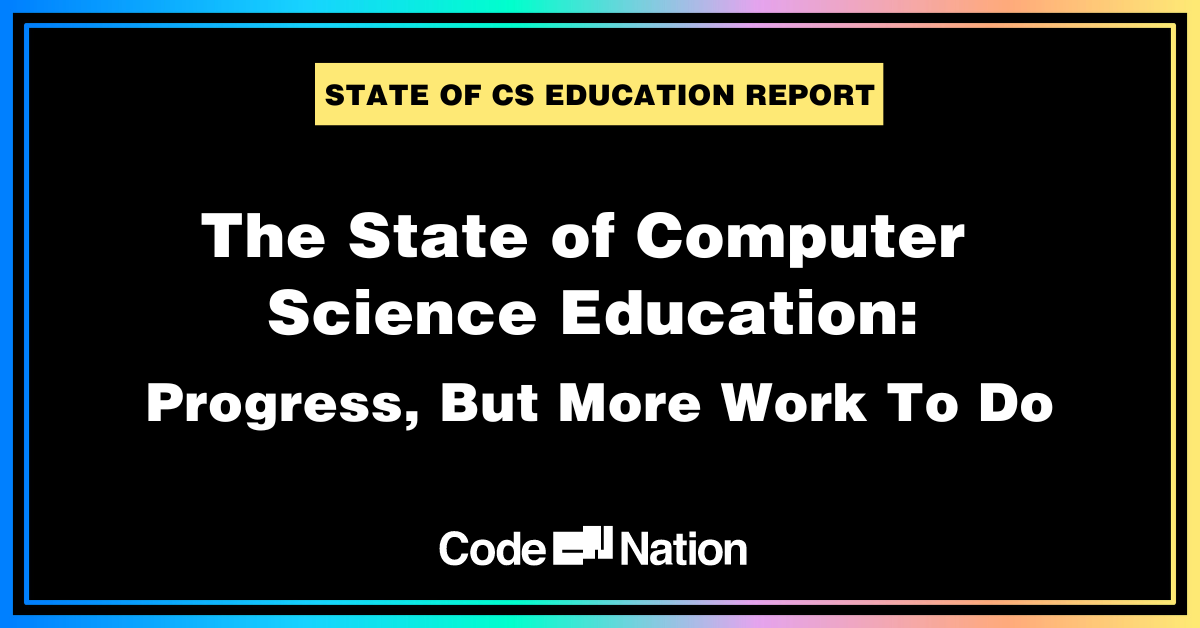 The annual State of Computer Science Education Report recently released by the Code.org Advocacy Coalition examines state-level policies and implementation supporting equitable K-12 computer science education, and offers key insights into future efforts. The Code.org Advocacy Coalition brings together an interdisciplinary group spanning tech, nonprofits, and advocacy organizations with the common goal of making computer science a core part of K-12 curriculum for all, and Code Nation is proudly a part of this effort and member of the coalition.

At Code Nation, we believe anyone can learn to code and that every student in every school should have the opportunity to learn computer science: an in-demand skill for the fastest growing industries in the country. If we, as a coalition and community, don’t continue to work toward this common goal, so many talented individuals will continue to be left out of the field. Populations historically under-represented in tech, Black, Latine/X, and women, and the focus of our work at Code Nation, are even less likely to have access to computer science classes. These young people have untapped potential to incite real change in our world by developing new technologies and transforming the landscape of tech.

Here’s what we’re excited to share from the 2022 report:

Computing jobs are the number one source of new wages in America. It’s the fastest growing industry, now planted in major cities beyond the Bay and in all corners of the country. And yet, despite billions of dollars spent on diversity and inclusion efforts in the tech industry, 68% of business leaders still report a lack of diversity in their workforce.

But it’s our belief these disparities begin (and have the potential to end) in the classroom: just 53% of high schools in America offer computer science classes, and that percentage is even higher in lower-income communities. That means nearly half of all high school students miss out on the immense benefits beyond just learning how to write code — computational thinking improves response inhibition, planning skills, and problem-solving abilities.

To push for more coding in high school classrooms, the Code.org Advocacy Coalition penned nine state-level policies with recommendations rooted in the principles of equity and diversity, clarity, capacity, leadership, and sustainability.

One major step in the right direction is the shared conclusion that CS education can level the playing field for all students. For educators, policymakers, and implementers to enact real change takes time. But, 2022 moved the needle. These measures taken by states show commitment to our movement:

In addition to developments at the state level, more and more businesses, nonprofits, and community leaders showed support and interest in computer science education changes in the US. In July 2022, more than 800 CEOs, including CEOs of Fortune 500 companies like Nike, Delta Airlines, and Amazon and nonprofit leaders who represent the National Education Association and the Hispanic Heritage Foundation, signed a joint letter calling for governors and education leaders to make computer science part of the standard K-12 curriculum. Code Nation’s acting CEO, Fra Balbi, was among the signatories alongside Josh Silverman, CEO of Etsy and Chairman of the Board of Directors at Code Nation. Watch Josh talking about the initiative on CNBC:

As a part of the CEOs for CS letter, we committed, alongside other leaders, to continue our work to create pathways to computer science careers.

A major tenant of our work at Code Nation is to expose youth historically underrepresented in tech to coding. This exposure is key: without it, a student will never be able to even find out if it’s something they like, they’re good at, or are interested in pursuing. And, there’s even research that shows that when students of any race, socioeconomic status, disability, gender, or ethnicity are exposed to computer science, their attitudes about it become more positive. It’s the first step.

While this progress will increase access and exposure in the future, today, students from racial and ethnic groups historically excluded from computer science are less likely to attend a school that currently offers it. 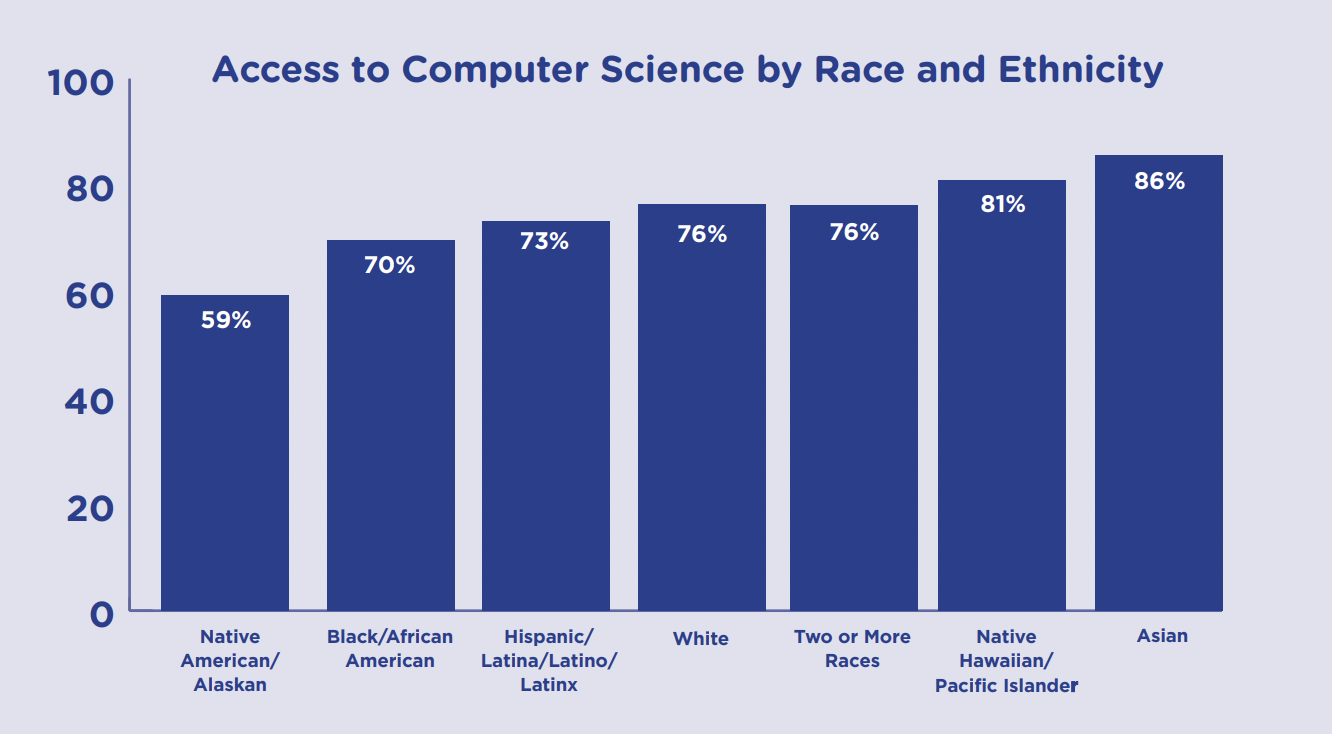 That’s where our work at Code Nation comes in: by setting up schools for success with the curriculum, working engineers as volunteer teachers with relevant and current knowledge of the tech industry, and support from our program managers, we can fill the gap and implement computer science and coding into high schools without the resources to offer them independently. Our program model is unique and innovative, and positions schools and its students for success.